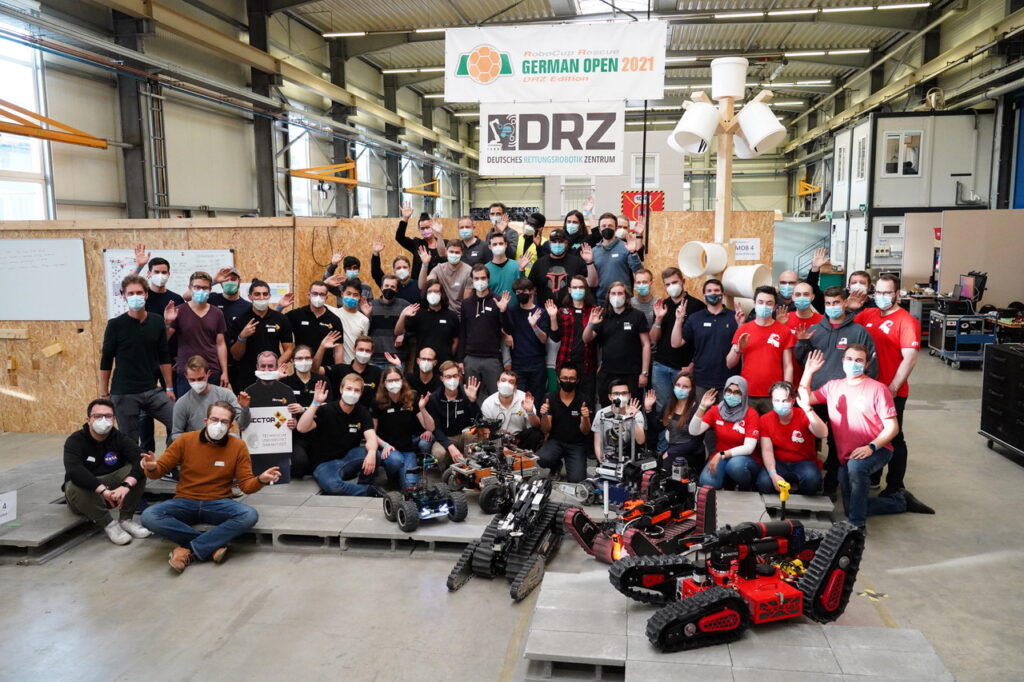 The RoboCup German Open rescue robotics league was held this year from 27-30 September in Dortmund at the Competence Center for Rescue Robotics (DRZ). Six teams from three nations faced the challenges in selected courses with standard test methods in the disciplines of manoeuvrability, mobility and dexterity.

The equipment at the DRZ made it possible to hold a special final, which was oriented towards the requirements of the fire brigade for comparable missions. Four finalists had to open a door to a foggy room with their robots and navigate through it, clear debris lying around and close gas taps or canisters. The robots were controlled from the DRZ’s robotics command vehicle as part of the final course.

Another new test scenario for the reliability of the radio connections was accompanied by the Technical University of Dortmund. The radio transmission between the operator station and the robot was specifically disturbed by activating artificial latency times and bandwidth restrictions. This made it possible to analyse weak points in the operating concept.

The first place in the overall ranking was won by Team Hector from the TU Darmstadt, just ahead of Team AutonOHM from the TH Nuremberg. Third place went to Team Dynamics from FH Oberösterreich.

Team Hector was awarded for the best autonomy skills. Team Dynamics demonstrated the best mobility. The best dexterity with the manipulator arm was demonstrated by Team AutonOHM.

Due to the very good working and competition conditions for the participating teams, it is intended to hold the RoboCup German Open rescue robot league again in 2022 in Dortmund at the DRZ.